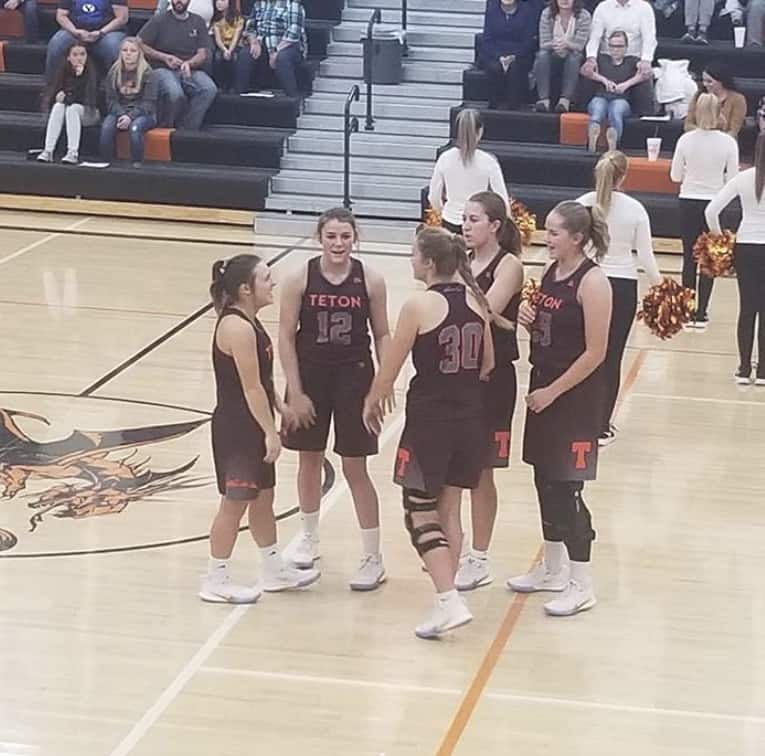 Waklee Kunz has reached a milestone that few high school basketball players attain – scoring more than 1,000 points during her Varsity hoops career. But that wouldn’t have been possible without the strong support of the entire Teton team, especially the other four seniors, says head coach Shon Kunz.

“This group of five is a great group of girls,” he said. “People don’t score one-thousand points unless they are playing on a really good team and have a lot of support from every position.”

Four of the seniors have been high-point scorer in at least one game this year, he noted.

“That says a lot about their teamwork. And they’re students first; they’re leaders of the school, they’re involved in student government, and they have a high average GPA.”

Waklee has played in 91 varsity games at THS, starting in 88 of them. With 1,006 total points scored so far, that’s an average of 11 points per game.

Going over the 1K mark happened during THS’ win against South Fremont on Saturday, January 25.

Teton, currently ranked 4th in both state polls, played a critical home game last night (January 29), losing to Sugar-Salem in a hard-fought battle, 44-53. That means they’ll face South Fremont at 7 pm on Monday (February 3) in the first round in District 6 play at Madison High.

“Districts will be a fight,” coach Kunz said. “It always is.”

The top two teams from District 6 will go to state; however, the 2nd-place team must win two more play-in games in Fruitland next weekend to be in the tournament’s main bracket. The 2020 Girls Real Dairy Shootout is Feb. 20-22, with 3A action taking place at Middleton High School.