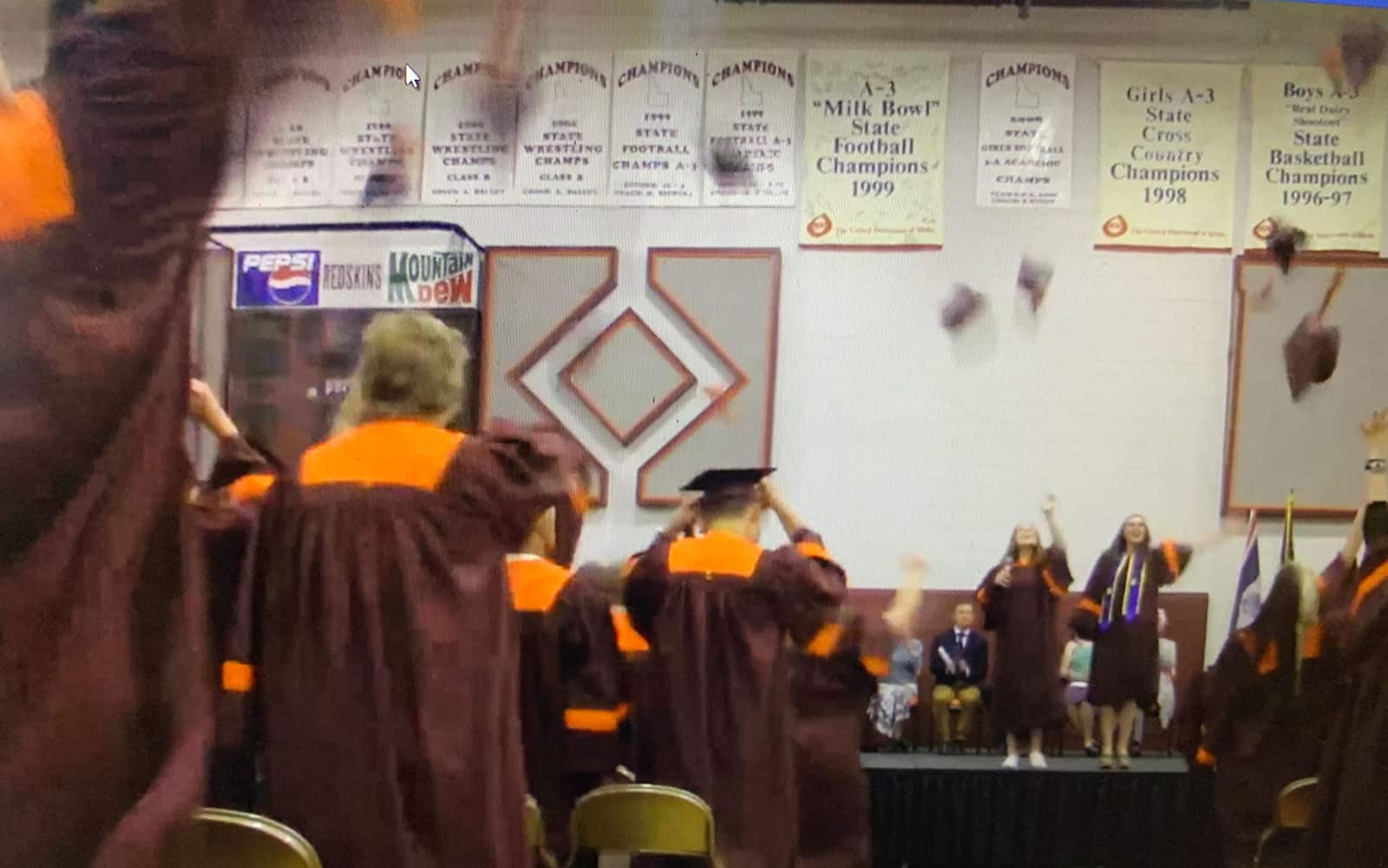 Eighty-three students graduated from Teton High School on Friday, May 31, 2019, according to Teton School District #401 officials. This group joins the fifteen students from Basin High who received diplomas on Wednesday, May 29, bringing the graduation total for this year from the two public schools in Driggs to 98.

The theme of the THS graduation ceremony was “The Adventure Begins.” The evening was marked by music, student engagement, and an enthusiastic crowd of family, friends, teachers, and staff. Noteworthy, as Superintendent of Schools Monte Woolstenhulme said, is the Class of 2019’s own talent and confidence, on display as graduates spoke and performed to the packed gym audience.

In his brief remarks, Woolstenhulme quoted a nine-year-old niece who recently said to him, “I eat fear for breakfast,” thinking he would share that with the graduates as encouragement. Instead, he said, “I just need to get out of their way.”

Teton School District #401 Board Chair Chris Isaacson presented the graduates with their diplomas; the full school board was on hand to congratulate them, along with THS Principal Samuel Zogg and Woolstenhulme. THS Vice-Principal Brody Birch read each student’s name. Parents and grandparents of graduates — those who had either served on the school board or are current faculty or staff at the high school — were also included in the presentation to their respective seniors.

Other tidbits of interest: